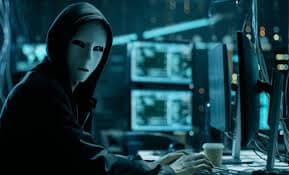 About once or twice a month, I get a potential client who comes in and is utterly convinced they are the victim of being hacked. Invariably, they all had several things in common:

1. They had a recent setback in their lives such as a divorce or rough patch in their marriage/relationship, or were recently fired from their job or at severe risk of being fired.
2. They are in possession of all Mac products (Macbook, iPhone, iPad)
3. They are women

Out of every such client that has come in claiming they’ve been the victim of hacking, only one has been of the male gender, and only two had any non-Mac products of any description. Every other one over the last four years and change has met all the three above criteria.

Invariably, I’ve had to become their psychiatrist as well as an IT & cybersecurity expert, listening to them cry about how their life has fallen about because they got hacked, and in the vast majority of cases, it was due to them simply not knowing how to operate their computer, or their computer finally receiving a forced update that changed settings around, leading them to believe they’ve been hacked, when in reality, it was just the computer doing what it was supposed to do as a result of the update. In several cases, I’ve had to argue my case quite vigorously because they became upset when I tried to tell them they were NOT the victims of hacking, just the victims of their own ignorance about computers, and should take computer classes.

And out of all the times people have come to me claiming to be the victims of hacking, only two cases proved to be actual cases of hacking, and only one case was due to the actions of another. In that case, a coworker did indeed secretly access the person’s email and social media. The other case was a result of the person clicking on a phishing email and then thinking a Chamber of Commerce was out to get them, when they really had other things to do, and this person could’ve used a tinfoil had.

Funny enough, in most cases, I don’t get paid for my time for being an impromptu psychiatrist to these folks. I really should insist on being paid up front for my time in these cases…

3 thoughts on “Not in the job description